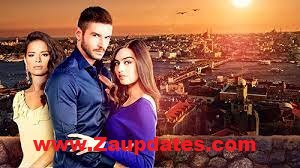 Nur and Yigit are still struggling to come to terms with their separation. Elmas convinces Emin to come home, and Yigit is forced to face a figure from his past he’d never wanted to see again.

A figure from the past shows up out of nowhere, which has dire consequences. The ladies of the house and Nazan conspire to get rid of their unwelcome neighbours.

Nur finds a picture of a young girl in Yigit’s pocket, and she needs to know who it is. She goes to extremes to find out. Yesim and Elmas have a huge fight, and Elmas needs to defend her honour.

Yigit and Nur argue outside the club where Yagmur works. Nur does not want Yigit to go in, and has called Emin to go in and fetch her. Meanwhile, Yagmur tries to stop a fight inside the bar.

Yagmur’s presence causes unrest in the Kozan house, as well as in Nur’s. Nur is caught off guard by Fatih showing up at the company.

Nur and Fatih have lunch and catch up on their childhood. She takes him home to see her family again. Outside the house they bump into Yigit and Yagmur who are leaving. Yigit seems very jealous and Nur is uncomfortable.

Fatih, who grew up with Nur, becomes Kozan Automotive’s new business partner. Iclal tells Yigit that Fatih is Nur’s first love. Yigit, true to form, throws his toys out of his cot.

Yigit argues with Nur about her crush on his new partner when she was 12 years old. Cahit asks Elmas to leave and allows Nazan back home to recover from her injuries.
Monday 16 January 2023
Episode 66 (113)

Nur’s family is enamoured with Fatih, while she is desperate to avoid him. There is a big corporate party to celebrate the deal between Kozan Motors and the German company, though not everyone is equally excited about the event.

Nur causes a scene at the party and Yigit takes her home. Hafize wants to see Cahit, but is bullied by Nazan. She dies soon afterwards.

It’s a week after Hafize’s death and tensions are running high between Cahit and the family. Nur resigns from her work, but Cahit tries to convince her otherwise.

Hafize’s family mourns her death. Nur finds out what happened just prior to Hafize’s death, and confronts Nazan about it.

At a business seminar at a ski-resort Nur and Yigit makeup. Iclal and Aytul have gatecrashed and she insists on trying to find out what they are up to. Aytul has her hands full to side-track Iclal.

Everyone wonders why Yigit missed the conference. Nur finally faces Fatih and Iclal gets the wrong idea. While Cahit wants nothing to do with Nazan, he tries everything in his power to see Elmas. Firat is determined to impress Iclal, but not if Aytul has a say.

Cahit chooses Elmas but she believes that he loves Nazan. Iclal sends invitations for the opening of her new business and Aytul is upset because she didn’t know anything about it.

Iclal and Nur are still at loggerheads. Cahit tries to win back Elmas. Iclal opens the jewellery store with a fancy party. Yagmur is a thief.

After the attempt on Nur’s life backfires, Iclal is desperate. Emin hates it passionately that Elmas now lives with Cahit. Fatih warns Iclal not to try anything stupid again, as he knows she is behind the attempted killing.

A hidden microphone is discovered in Yigit’s office. All hell breaks loose. Through all the chaos Fatih finds the time to invite himself to the ranch for dinner. Iclal, of course, tries her best to avoid having dinner with him.

Negative Effects of Sugar to the Body

RTO – How to RTO Exams

Natural Remedy to Get Rid of Skin Dark Spots